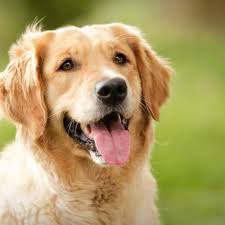 “You are all made of real poop.”
― Anne Frank

It was a lovely calm, sunny October morning. The crystal clear blue sky, and the sharply focussed hills in the background, appearing nearer than usual, as is only possible at this time of year, gave me an energetic feeling. “Time to go out for a jog,” I said to myself.

I changed into my Hoka One One trainers, donned the usual neck buff, which I have become used to wearing since the start of the covid restrictions. It acts as a mask if an area of the promenade becomes too crowded, although now, in October that is unlikely. The tourists have mostly returned to their normal daily lives, back in the cities of Europe.

I was soon down along the promenade, pounding along at a good but gentle rhythm, a well-trained dog at my side, feeling the cool air in my face and very happy with the world. At my age, with the onset of arthritis in most joints, my running has become less pleasurable, with the aches and pains worsening each year. Those wonderful occasions where the body is in sync, pulse regular, and a feeling as though gliding along without actually touching the ground, are becoming rarer. However today was one of those days. I looked down at the smiling face of the golden retriever, keeping pace with me and appearing to be enjoying the moment as much as I was.

Presently, he dropped back and I carried on, pondering whether to step up the pace or to simply continue to enjoy a relaxing run, when a loud voice came from behind.

I stopped, looked around and saw the poop, right in the middle of the promenade. A small, rather plump man waddled towards me. He was wearing a blazer and striped light-brown trousers and reminded me of Billy Bunter. I couldn’t help a slight smile showing on my face.

“Oh, find it funny do you? Pick your mess up. This is a public promenade where children play and we don’t want you tourists messing up the place. Clear it up.”

His round face was reddening and I wasn’t sure if it was due to his exertion of walking or due to his apparent anger.

He cut me off. “I don’t care whether you are a tourist or not. People like you ruin our village. I have a good mind to call the police. There is a four hundred Euro fine for allowing your dog to poop on the promenade you know. Now clean it up.”

I was becoming irritated. Not only because of his obnoxious manner, but also that my feeling of tranquillity, my moment of relaxing pleasure, was being ruined.

“No, I will not pick it up. You pick it up if you are that concerned. In any case…”

I thought he was going to burst a blood vessel. He cut me off for the second time.

“People like you make me sick. Who do you think you are?”

I stood to face him. I put my hands on my hips and stood to my full height. He was almost a foot shorter that I was, and his voice became more of a squeak as he realised that he had maybe gone too far. Then his face lit up. He actually smiled. I turned around to see a policeman coming towards us.

Bunter was immediately brave again. “Right, now we will see you get your just deserts.”

“What seems to be the problem here?” said the policeman, glancing between the two of us.

“This man’s dog has pooped on the promenade and he refuses to pick it up.”

“Is this the dog?” he asked, looking down at the innocent grin of a very cheeky looking retriever.

“Yes, that is the dog and there is his mess,“said the fat man, pointing to a rather large pile, right in the middle of the promenade. He was clearly feeling very pleased with himself.

“People like him should be locked up. I’m sick of them.” He continued.

“Now now, Sir. There is no need for that. I will deal with this,” the policeman said, taking out his little notebook. He turned to me.

“Calle Pradip 32, Benicola”, I said, feeling rather exasperated by the whole situation.

The policeman sternly looked me in the eye and said, “Now, can you explain why you refuse to clean up this mess. I must warn you that there is a heavy fine heading your way.”

I was cut off again, for the third time, by a very small and very old lady, with a walking stick. She pushed between the policeman and the grinning fat man, without any thought. She looked so happy.

“Oh there you are Minnie. I have been looking everywhere for you. You naughty boy. I hope that you haven’t been bothering these nice men.”

With that, she clipped a lead onto the golden retriever’s collar and off they went. The policeman scowled at Bunter. He tore the page from his notebook and marched off. My accuser gave a large huff, puffed out his chest and strode off in the opposite direction.

After he had gone about fifty yards he stopped and turned around. I will never know his purpose. Was he about to return to apologise? In the end all he saw was me, bending down using a plastic bag, which had just blown along with the breeze, to pick up the poop and deposit in the nearby container.